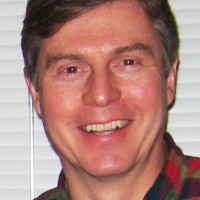 This is from the letter I sent to my congressional representative:

Health care insurance is something that, thankfully, my family and I have not historically had to worry too much about. Our health care has normally been provided by or heavily subsidized by my employer. However, due essentially to severe government defense budget cuts, I was laid off from my defense contractor job a little over a year ago. I was able to get another job with a small engineering company supporting NASA’s Space Launch System but was laid off from that job at the end of November 2014 due to a lack of follow-on business.

Since it is prudent to have health insurance, we bought a plan with good basic coverage that met our family’s needs and would cover our gap in employment. It had a monthly premium of about $337 and an annual deductible of $2000 per person for the three of us. However, as of 1 January 2015 our health care coverage must be “compliant” with the “Affordable Care Act”, aka ObamaCare. So now I find myself legally required to purchase compliant health care insurance due to ObamaCare. In my family’s case, we find ourselves with no income other than Alabama unemployment benefits and a choice of extremely expensive health care plans. Our daughter, a student at the University of Alabama in Birmingham, is now required to be on Medicaid. The plan my wife and I reluctantly chose is essentially a catastrophic plan with premiums of $573 per month and a rather exorbitant deductible of $13,200. To me this is practically self-insurance but with the added cost of a high premium. Please consider our situation as a case study where ObamaCare is not a desirable solution.

I feel that something must be done about ObamaCare. In a staff meeting in the small company where I most recently worked, our chief financial officer mentioned that ObamaCare was essentially going to increase the company’s costs for employee health care benefits by 12% in a single year. I have wondered if that increase in operating costs was a contributor to my being laid off in order to keep the company profitable.

I do not think Obamacare can be fixed. I was disturbed by the way the bill was pushed through by the Democrat majority in Congress when it was passed and by the sheer complexity of the law. I think it is an unwelcome socialist-leaning intrusion into most American’s lives and an example of overcontrol by the government. I am also opposed to the law’s requirement that abortion be covered in everyone’s policies. As an aside, I am concerned at the way this presidential administration seems to continually seek increased power over the American people; Obamacare is a prime example of this.

I urge you to do whatever is in your power to repeal ObamaCare. Adjustments to the language of the law would only make it more complex. I think it needs to go away completely. I believe we could lower health care costs and provide for those without health care insurance via other means. Tort reform might be a good starting point. Another way might be to allow people to buy health insurance across state lines. Perhaps we simply need more doctors, nurses, and hospitals to meet the demand for health services.

Thank you for taking the time to read my remarks and thank you for all you do as you represent us in Congress.

We are handicapped by drug formularies.
Premium doubled & deductable increased.